We Once Were One*

Femmy Otten’s (1981) oeuvre is eclectic: she draws and paints, makes sculptures and murals and also features in her own performances. Her work explores themes such as physicality and the way emotions and memories physically fuse with us and are passed on. At the heart of it all, Otten draws attention to the – often female – body that simply is and is allowed to be. In her solo exhibition We Once Were One, the artist fervently argues for vulnerability and intimacy in these entrenched and capricious times.

We Once Were One
​The We Once Were One exhibition is designed as a total installation, in which new works are combined with existing ones. The title refers to the symbiotic union of lovers and the loss of that union, celebrating connectedness in all its forms. Throughout the COVID-19 pandemic and the numerous lockdowns, the beauty of togetherness acquired a bitter aftertaste in society. Social distancing transformed ‘the other’ into a threat: distance was perceived as being healthy. Social debate also increasingly focuses on the differences between people, rather than that which unites them. There is a growing divide in society between the privileged and the disadvantaged, the individual and the collective. Otten’s solo exhibition at the Stedelijk Museum Schiedam therefore echoes the emphatic appeal to prioritise the very personal and to dare to be vulnerable in an ever-changing and increasingly entrenched age. She argues that we should reflect on our origins, on what connects and unites us – on what really matters. After all, once we were one. ​ 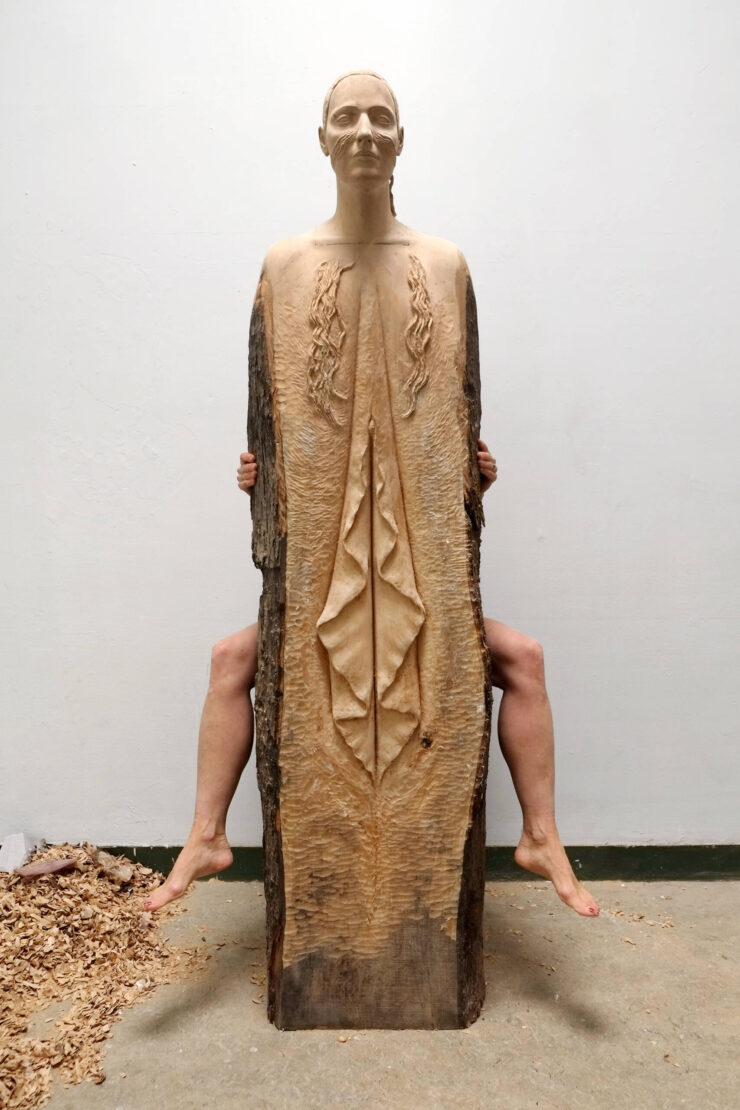 A lengthy process of looking and refining
Femmy Otten’s oeuvre is full of creatures and people who are, or were, important to her in her life. We see lovers merging together, inward-looking women and perfectly painted or sculpted body parts. Totems, tears, wavy hair and breasts; she takes her inspiration from Asian sculpture, paintings by the Flemish Primitives and works from the early Italian Renaissance, among others. Her work is also characterised by her artistry. As an artist, Otten looks and keeps looking, refining and eventually capturing something in time that could be described as an intimacy or emotion. Through the long, labour-intensive process, Otten captures the very existence of het sculptures, so to speak, and cuts to the essence of what she wants to communicate. The sculpture cannot help but convey the artist’s intentions. 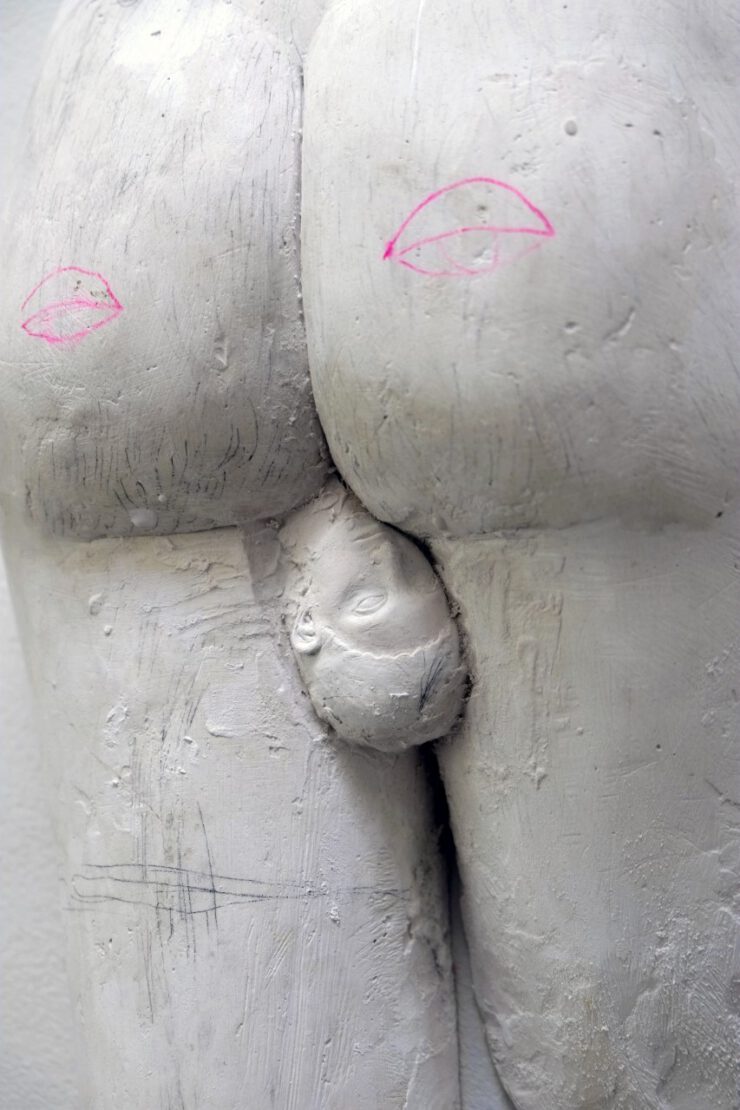 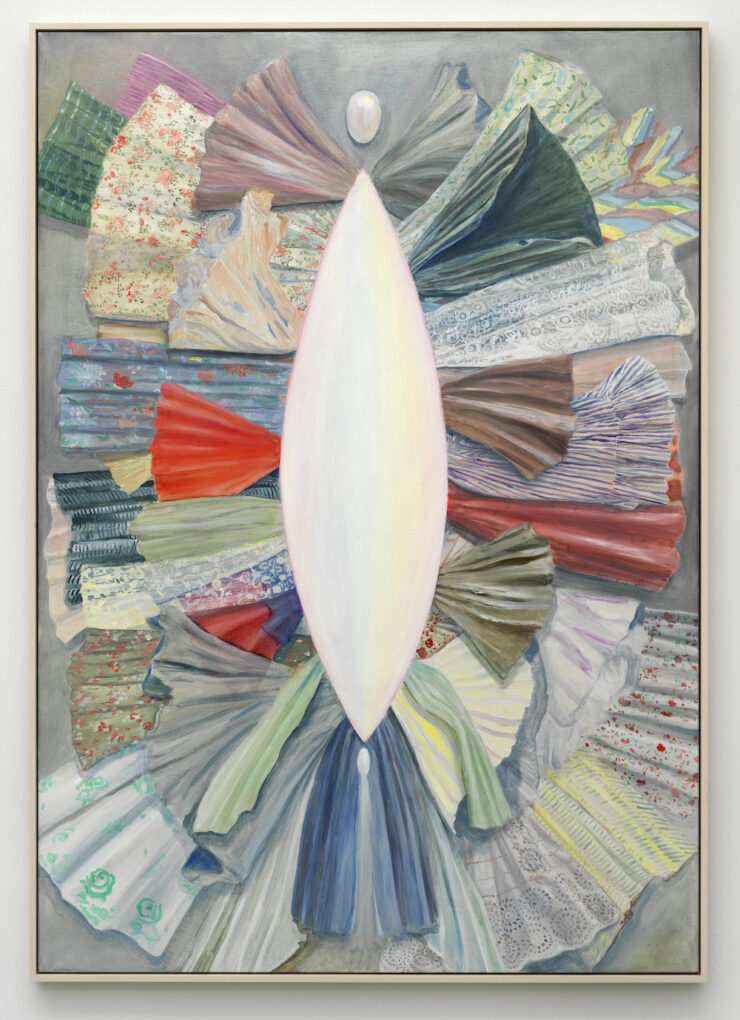 Own collection and items on loan
The exhibition in Schiedam will take place in three rooms on the ground floor and one room on the first floor. The museum now has a long tradition of hosting solo and group exhibitions of young and mid-career artists, with a particular focus on women’s art. The Stedelijk Museum Schiedam has been following and collecting Otten’s work for many years. For the reopening of the museum in spring, Otten created Ontklede dagen III  (2022) especially for the staircase. This exhibition features works from the museum’s own collection, complemented by performances and works on loan from other museum institutions and private individuals.
​​
​About the artist
Femmy Otten (Amsterdam, 1981) lives and works in The Hague. She studied at the HISK Higher Institute for Fine Arts in Ghent, Belgium, and was resident artist at the Rijksakademie van Beeldende Kunsten in Amsterdam and Atelier Holsboer at Cité Internationale des Arts in Paris. In 2013, Otten received the Volkskrant Visual Arts Prize. In 2014, she was one of three artists selected by the Dutch government to create an official portrait of King Willem-Alexander.