Young and engaged artists
Bayri, Kersten, Parry and Waruguru all use art in their own unique way to express critical, relevant sentiments – from an ominous installation and a self-portrait as Michael Jackson to a high-tech universe and a muted landscape full of flowers. ‘This really meshes well with what we do here at our museum. We follow young and engaged artists from the start of their artistic careers, we enrich our collection with their works, and we display these works as part of our exhibitions’, explains Director Anne de Haij.

The museum as a springboard for talent
The renovated spaces of Stedelijk Museum Schiedam are the perfect setting for showcasing the works of these young, talented artists. ‘We now have magnificent spaces for displaying these works in all their glory. But that’s not the only reason why we’re delighted to be hosting this exhibition this autumn. It also reflects our ambition as a museum to focus on upcoming artists and our commitment to being a springboard for emerging talent; something we have been doing since 1956. We’ve had the pleasure of organising many museum exhibition debuts here’, says Catrien Schreuder, Head of Collections & Exhibitions at the Stedelijk Museum Schiedam.

Scouts
The four young candidates were nominated for this award by independent scouts. This year’s scouts were Hester Alberdingk Thijm (Director of the AkzoNobel Art Foundation), writer Abdelkader Benali, Aukje Dekker (artist and founder of Sexyland), Yasmijn Jarram (curator at the Kunstmuseum in The Hague) and Shirin Mirachor (founder of A-Wake Rotterdam). The scouts act as an ambassador for their chosen candidate.

*For the Volkskrant Visual Arts Prize 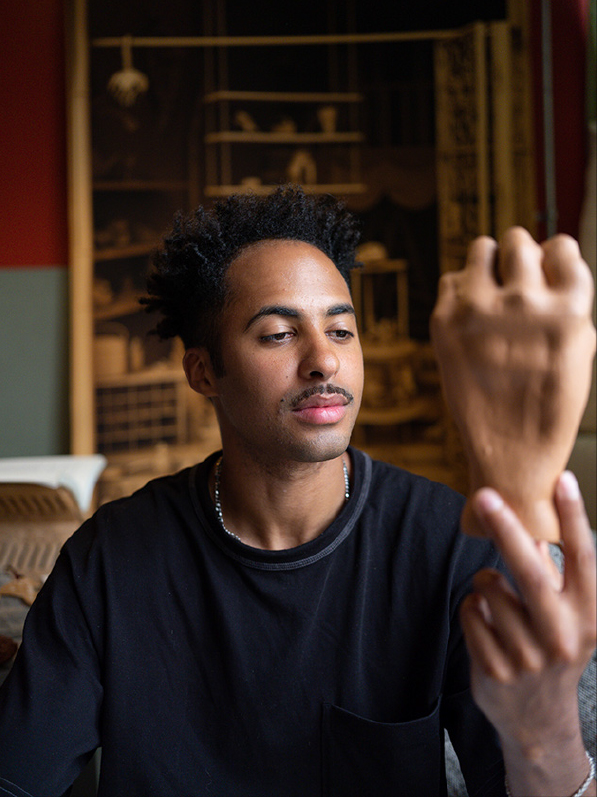 Salim Bayri was nominated by Abdelkader Benali. Abdelkader Benali: ‘Salim Bayri is an artist of many talents in a self-made metaverse, in which he doesn’t discriminate against but rather welcomes with open arms all forms as a source of exploration. Bayri harnesses his materials, from paper and ceramics to Virtual Reality and photography, to produce provocative commentaries on societal self-images and to transform the ephemerality of things into a tableau vivant. He moves faster than the wind.’ 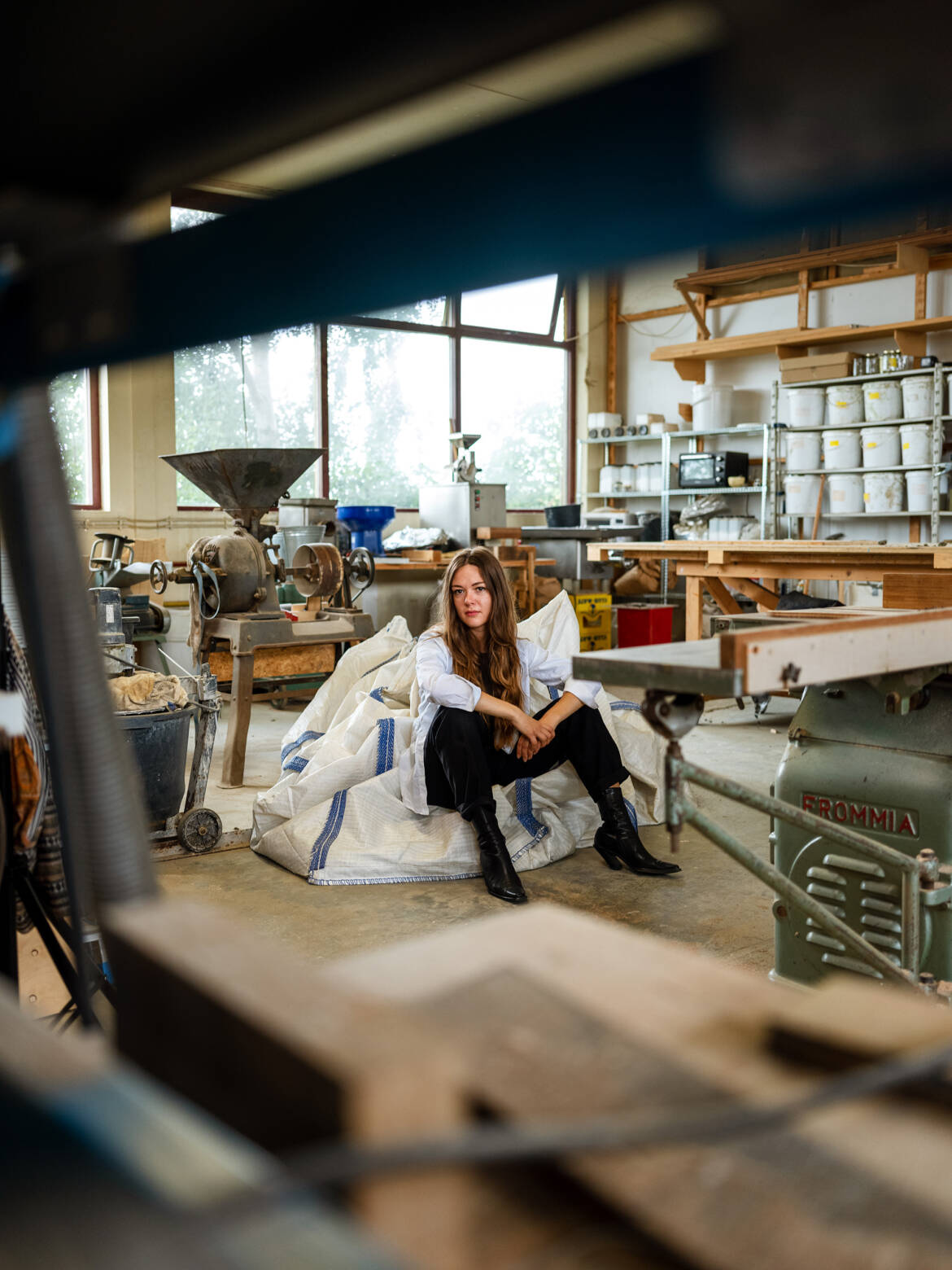 Kersten was nominated by Yasmijn Jarram: ‘Minne Kersten expertly and poetically intertwines deeply personal themes such as mourning, loss and memory with the collective realms of fiction, fables and symbols. Drawing on her background in both visual art and literature, Kersten succeeds in marrying the narrative and the physical – imagination versus the material, the tangible, the body – in beautifully alienating films, installations and paintings which penetrate beneath the surface.’ 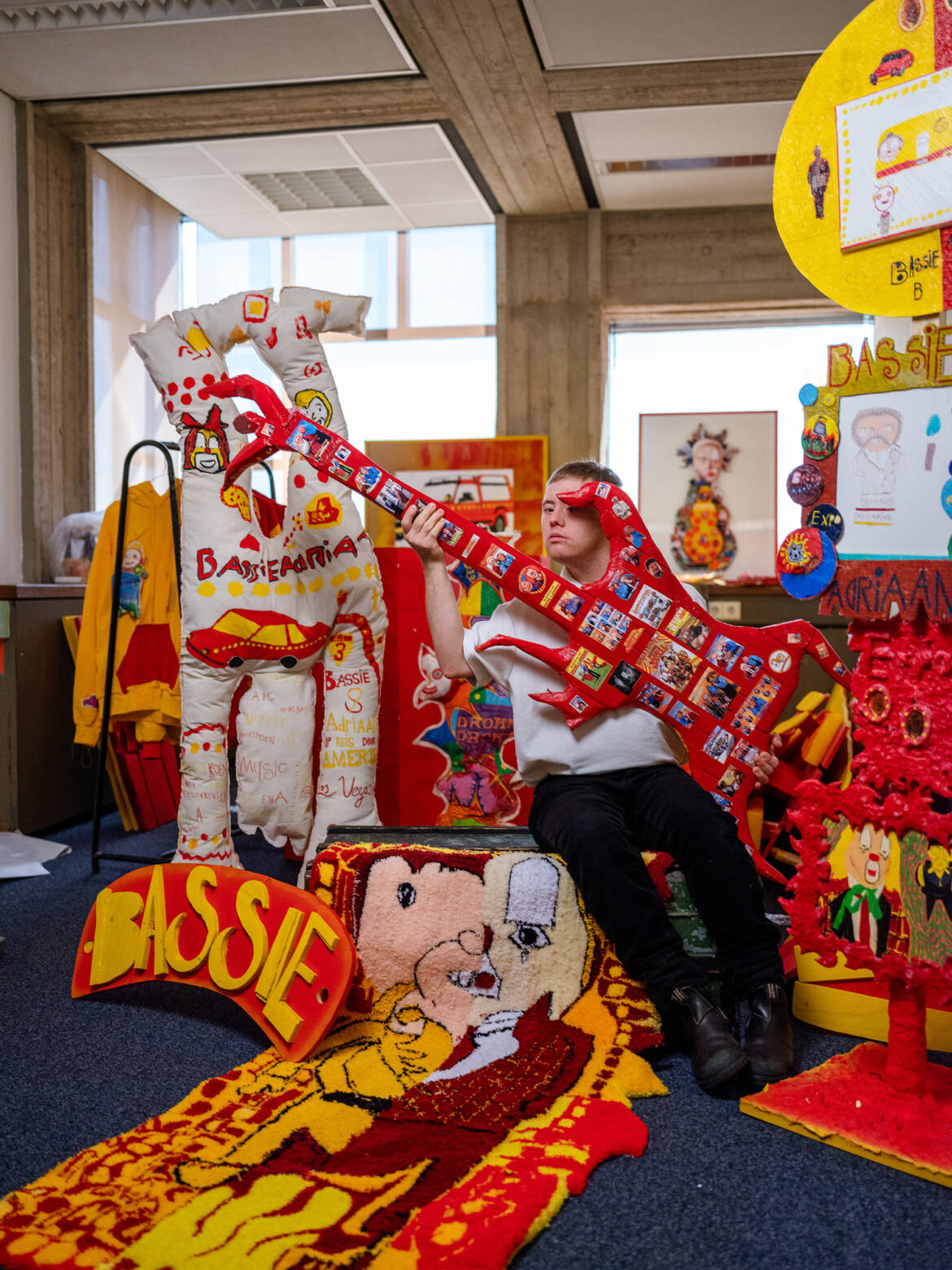 Aukje Dekker on her decision to nominate Parry: ‘Bruin has inspired me since the first day I met him. The ease with which he switches genres, the obsession with which he indulges his subjects. From his own music to wall hangings, all his creations breathe life and have an air of rebelliousness. But more than anything, Bruin tells a story that I want to hear and that I think many more people would be interested in beyond the “outsider” art world.’ 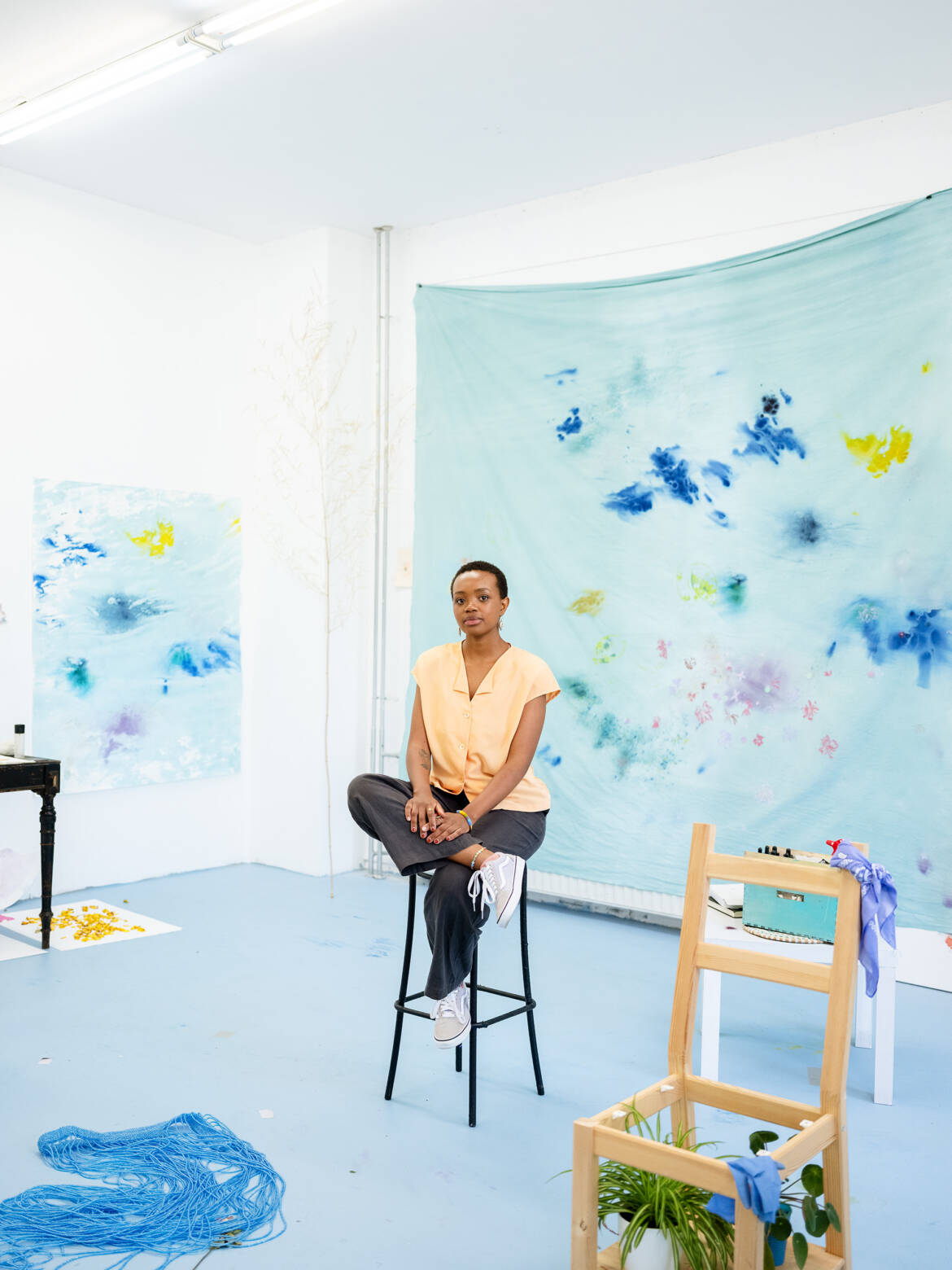 Hester Alberdingk Thijm on Agnes Waruguru: ‘Agnes Waruguru entices us with soft installations that intertwine textiles, painting, flower petals, clay and beads. Traditions and objects from her native Kenya converge in the semi-abstract images, and scents and colours evoke a physical experience that stirs memories. She is a critical and perceptive chronicler of the great story of humanity, family, nature and identity that we have lost in the individualistic West.’

The jury prize
The prize, a sum of €10,000, is awarded by an independent jury. This year’s jury members are Lilianne Ploumen, (jury chair, member of the political party PvdA), Maru Asmellash, (co-founder of the fashion brand New Originals and Kazerne Reigersbos), Sarah van Binsbergen (art critic at the Volkskrant newspaper), Jacqueline Grandjean (director of the Noordbrabants Museum) and Navid Nuur (artist, winner of the 2010 VKBK prize).

General information
The jury prize will be awarded by the Volkskrant in December. The prize is organised in partnership with the Stedelijk Museum Schiedam, which also organises the exhibition and runs fringe events with the support of the Stokroos Foundation. The prize money is provided by Rabobank.

About the prize
The Volkskrant Visual Arts Prize was first introduced in 2006 and is an incentive prize for young artists. Previous winners include Femmy Otten, Guido van der Werve, Evelyn Taocheng Wang and Floris Kaayk. In 2020, the prize was won by Özgür Kar, who was nominated by scout and director of the Stedelijk Museum Amsterdam, Rein Wolfs. The winner receives a cash prize of €10,000.

With thanks to
Municipality of Schiedam, the Volkskrant Visual Arts Prize, Rabobank, Stokroos and the Jaap Harten Fund.