*An exhibition by Narges Mohammadi.

Specially for the Stedelijk Museum Schiedam, artist Narges Mohammadi (1993) has created a spatial installation entitled Invisible Hands. The museum asked Mohammadi to create a new work connected to Schiedam. She opted to reveal a side of the city that often remains unseen: she spent an entire summer working as a temporary home carer, and in doing so followed in her own mother’s footsteps. She then drew on her experiences to compose the artwork Invisible Hands. An ode to home carers.

Home carer for the summer
Mohammadi visited many Schiedam residents in the months she spent working as a home carer. She experienced first-hand the arduous yet meaningful nature of the work, but also how home care workers and clients sometimes work and live in inhumane conditions. She kept a record of her experiences – without naming names – in a logbook, which visitors to the exhibition also have the opportunity to read. In it, she describes how she performed the household tasks with dedication and meticulousness, driven by a great sense of responsibility for the duty she had taken on. Yet at the same time, Mohammadi experienced feelings of helplessness, loneliness and dejection; she discovered just how impersonal the work often is, not least because of a lack of communication with and between the healthcare providers involved. She was at times shocked by the physical and emotional conditions in which she found her clients. The logbook affords a remarkable glimpse into a parallel world – a world that often remains largely unseen by the general public until they too find themselves in need of home care.

Mother
Working as a home carer frequently prompted Mohammadi to reflect on her own mother’s life. After Mohammadi fled Afghanistan with her family and arrived in the Netherlands, her mother found work as a domestic care worker. Mohammadi’s own experience working in home care has given her a newfound respect for her mother, and she also has a deeper understanding of how her mother is, and was, affected by prejudice within the home care system and the discomfort in her work. Both Mohammadi and her mother regularly experience discrimination at work, and not only because of their cultural identities – also because this crucial occupation is widely looked down upon in our society.

Cleaning = erasing
The exhibition Invisible Hands. An ode to home carers will be on display in one of the two attic rooms at the Stedelijk Museum Schiedam. A spatial installation depicts the contours of the interior of a small house in which all kinds of objects are arranged; things we often use every day but easily overlook when cleaning – the shampoo bottle, doors and door handles, power sockets and light switches. These objects are kneaded in rubber eraser, a material that for Mohammadi symbolises the removal of the unwanted. An eraser simultaneously eliminates and gradually disappears itself. Just like the cleaner, an invisible member of society, of whom less and less remains as a result of the incessant cycle of rigorous cleaning. And we can take this comparison quite literally: the arduous, overwhelming work takes its toll, yet is so transient. The cleaner never gets back those hours of effort poured into their tasks, yet it takes little more than a moment for the house to become dirty again 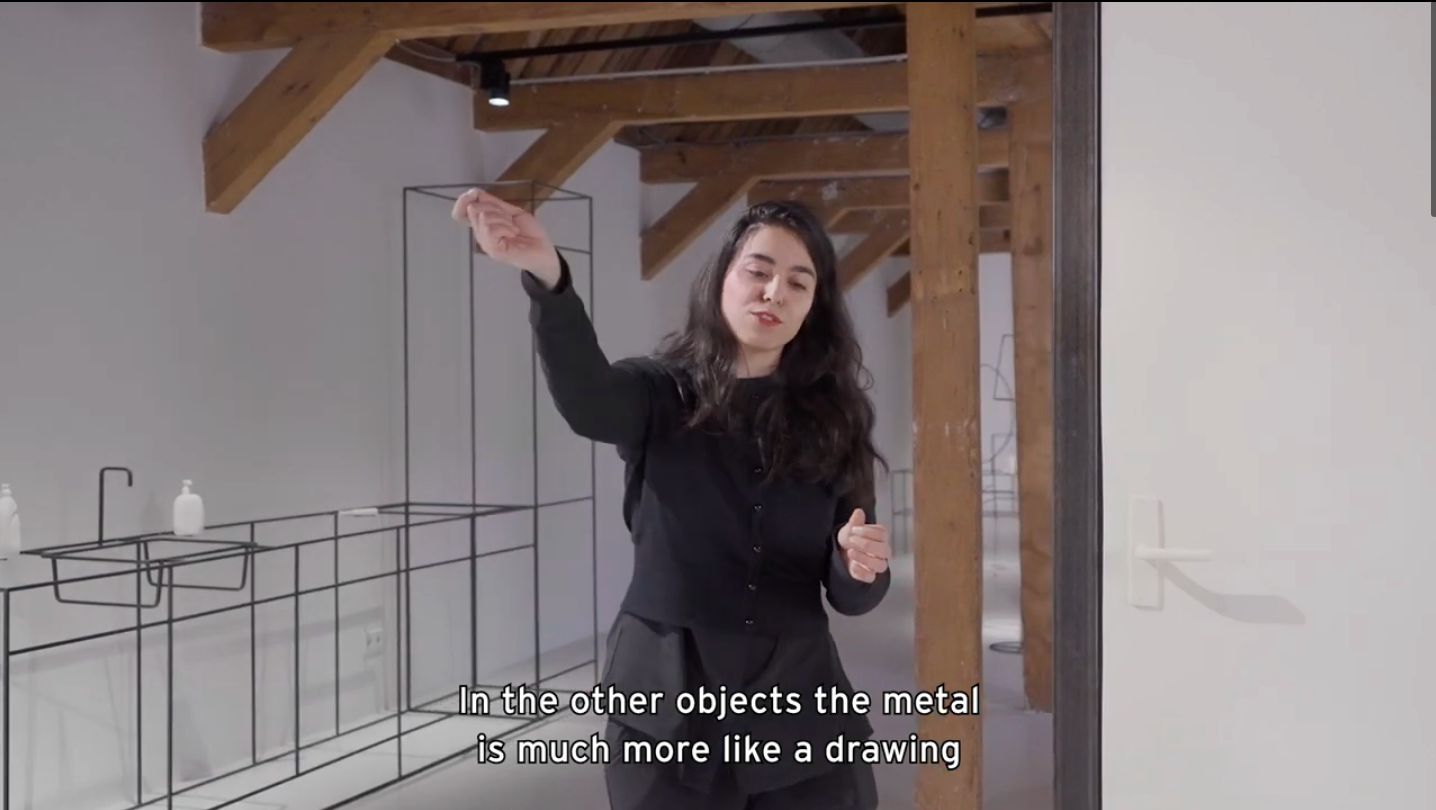 History of Schiedam
For the exhibition, Mohammadi and city history curator Merel van der Vaart also delved into the history of Schiedam and the many women who preceded her in the cleaning profession. Several nineteenth-century portrait photographs found in the City Archive depict servants or ‘maidservants for day and night’. It was a precarious occupation because it was done behind closed doors and it was often a solitary undertaking. Even when legislation was introduced to provide better protection for workers, it did not apply to this type of work. The government was reluctant to interfere in the affairs of the family structure. Very little information about Schiedam’s servants can be found in the archives – as though their lives and stories have been erased from history.

Thanks to
Schiedam Municipality, Mondriaan Fund and Stroom The Hague. 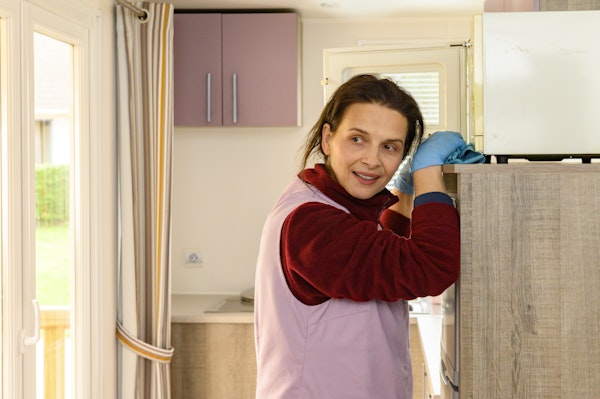 On 7 February 2023, the film Entre Deux Mondes (2021) will be shown at Wenneker Cinema in Schiedam to coincide with the exhibition. This film, by French director Emmanuel Carrère, is a loving portrait of workers that are invisible to society. The story is told from the perspective of a writer working as a cleaner on a passenger ship – an apt parallel to Narges Mohammadi’s project. Before the screening, the museum will give a short introduction to the film in the presence of the artist.