*Stories from a shopping street.

The Hoogstraat is a street of many stories, from goblin to buggy, from horse to cookie. It is one of the oldest streets in Schiedam, a shopping street as well as a residential street. Right in the middle is the Stedelijk Museum Schiedam.

In the exhibition, you will meet residents and entrepreneurs from times past and present.  The street is a place of protests, parades, and parties. This is where you would go to the Monopole with your sweetheart, the former cinema across the Museum. Today you will take him or her to the Museum to admire art. 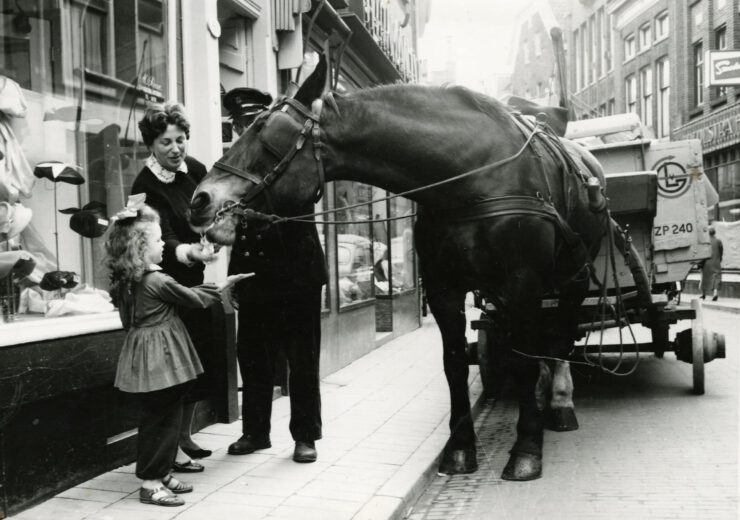 Knock on the window

Groceries were delivered at your home by hand barrow, dog barrow or delivery bike until the fifties. For heavier work, the horse of Van Gendt & Loos walked through the street. The animal would always stop at the bakery, where he would get a cookie. In the premises, they no longer sell cookies and pies. This is now the office of museum director Deirdre Carasso. Knock on her window for some small talk. 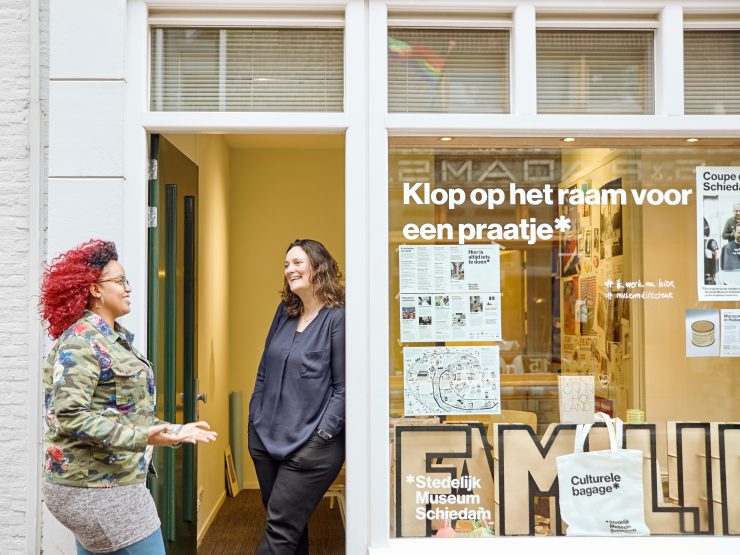 Artist Erik Mattijssen (1957) shows his work from the past quarter-century on the top floor of the Museum. He has always been intrigued by the Hoogstraat, he says. Commissioned by the Museum, he has made a wall-filling piece. ‘For me, it is a collage of everything the street represents. It is a choice, there is much more than this, but I wanted to make sure that it would be very lively. That it would be possible to look at it for a long time and recognize what happens.’ Almost everything he paints comes from the street. He rang some doorbells, had conversations and sensed the resilience of the street: something vital and the idea that everything will become all right.

There are worries as well, even though every month a new shop opens. A place to brunch, a shop for beer and LPs and a hairdresser have opened since the beginning of this year. In the exhibition, you can see that people have come to the Hoogstraat from outside the town to start a shop here. In the 19th century the Frisian Romke Brinkman opened a bicycle shop, German migrants were tailors, bakers or plasterers.

The entrepreneurial spirit was not an exclusively male thing. ‘Misses’ had a hat studio at home, or started a shop with their sister. Married women ran the shop while their husbands baked bread or filleted the fish. Widows kept businesses going, sometimes until the oldest son could take over. And even today women are the driving force, also at the Museum.

After an appeal in the local media, the Museum came in contact with former and current residents who could make the collection even more complete with their stories and objects. They shared snaps from their private albums, but also gave objects in loan bought in vital Hoogstraat shops such as the children’s shop De Ooijevaar. On view is a pedal car, a mint green Renault. The resident who has lent it to the Museum remembers the striking owner of De Ooijevaar. ‘He used to drive along Hoogstraat in a convertible, one with a rack on the back for a suitcase’. 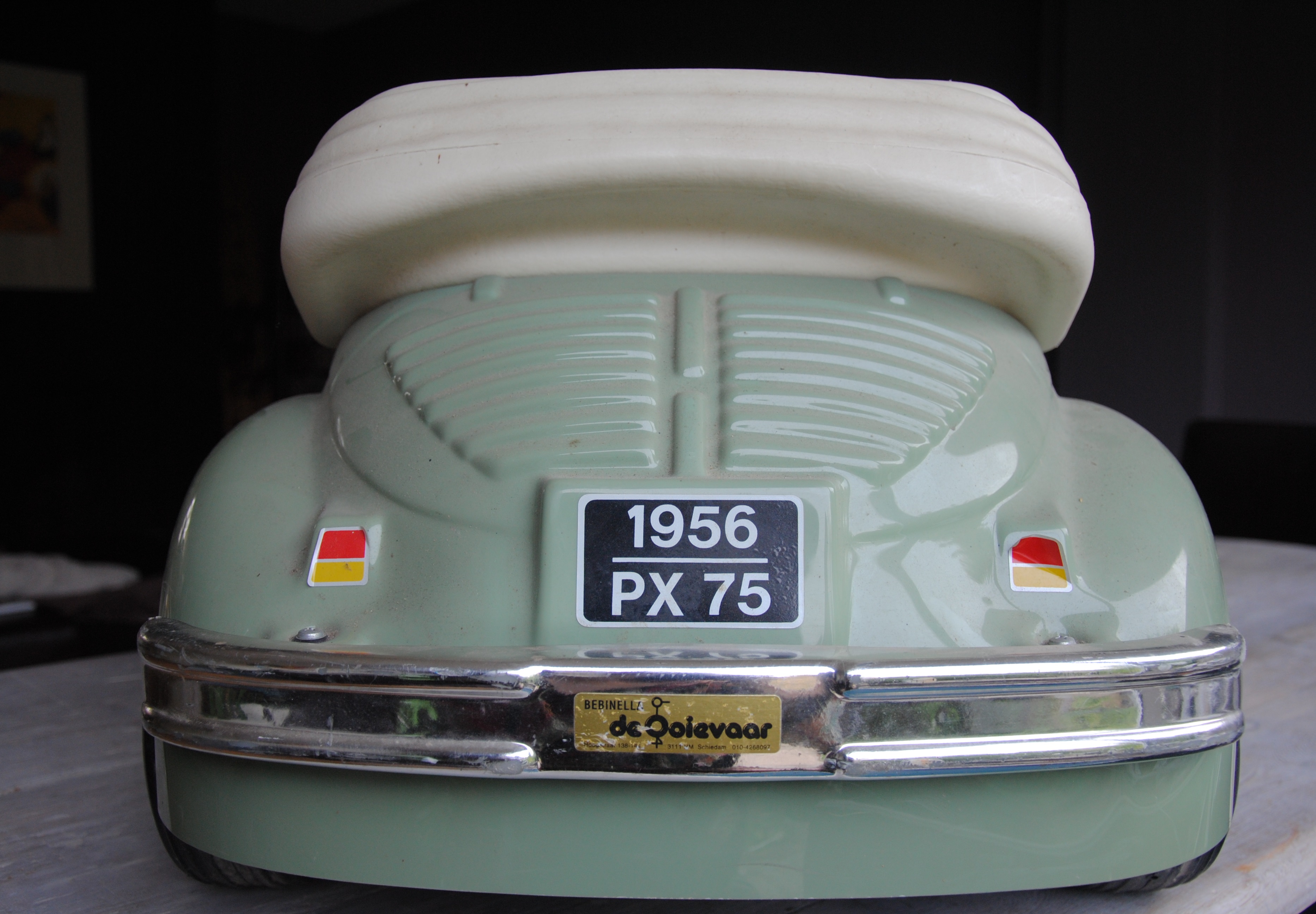 The oldest object in the exhibition is an 18th-century ornamental frame. At one time it decorated the transom window over the door of the coffee, tea and tobacco shop ‘t Roode Anker. For almost a century, as of 1775, you could fill your pipe there. Also, the lettering of flowershop Rosa is an exhibition item: it was added to the Museum collection earlier this year. Flower shop Rosa was a household name in the Hoogstraat for generations. Jan Krabbendam founded the business in 1914. On the occasion of its 100th anniversary, the store received the predicate purveyor to the royal household. The shop closed down at the end of 2018.

Do you have objects from the Hoogstraat with precious memories you would like to show? Contact us by mail here for an appointment with town curator Merel van der Vaart or call 010-2463666.